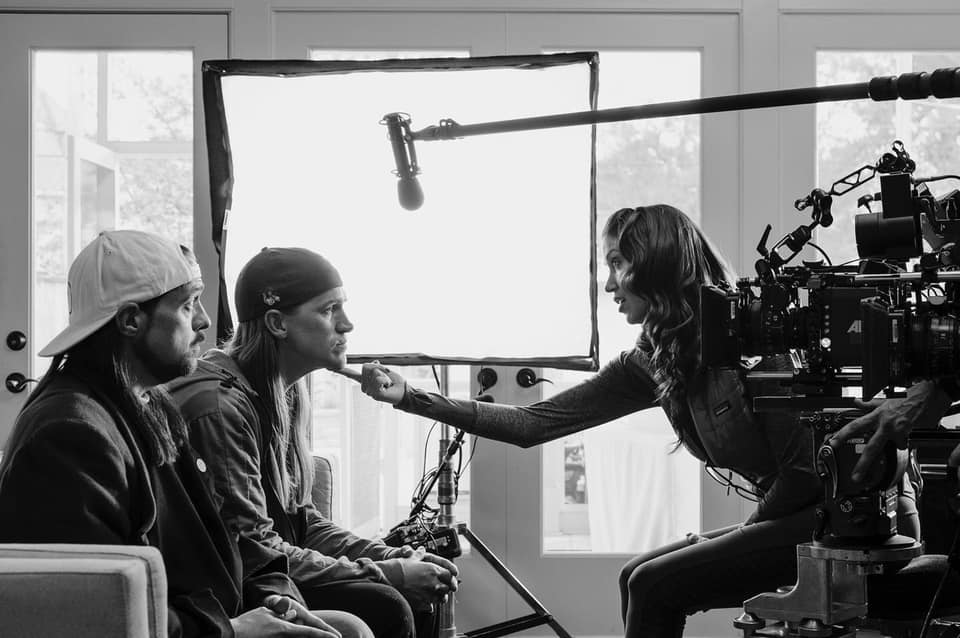 We just wrapped post sound on Jay and Silent Bob Reboot and I have to say, it came out great! Your work was outstanding and I can’t wait for you to hear the mix. Probably about 95% production sound for the dialogue! Or more!!
Jon Vogl Supervising Sound Editor “Jay & Silent Bob Reboot”

“The tracks are awesome! What really is blowing me away is your creative use of plant mics. It’s really easy in some situations to chalk it up to lavaliers only, especially if the framing or lighting is awkward, but a mic out in the open air always sounds better than one taped on someone’s chest. I know it’s tough on location shoots to get good tracks. You did great on this show and if it ever helps to have a recommendation from someone in post productions you got it!”
Thomas Boykin, Sr. Post Production Sound Editor “Between World’s”

“We’re going to screen the film and I’d love it if you could be there to appreciate your work. You did a great job in the midst of rushed and crazy circumstances, and I wanted to be able to tell you in person how much I appreciated it.
Larry Blake, Sr. Supervising Post Sound Editor “The True Don Quixote”